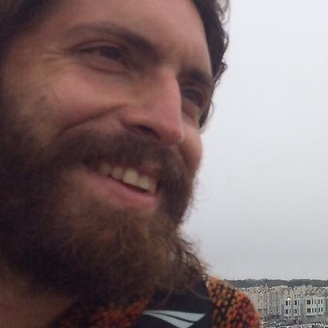 Derek was born in Punta Arenas, the southernmost city of Chile, in 1981. He studied Biological Sciences at Concepción University of Chile and obtained his bachelor degree at 2006. During 2008, he began a PhD in Ecology at Catholic University of Chile. In 2010, he came back to Punta Arenas to develop his PhD research about the North American beaver invasion. Studying beaver’s distribution modeling, he started to develop his quantitative skills within the R software environment.

Then in 2015, during a Postdoctoral position in the University of Missouri, he investigated the occupancy of 12 bat species in the Sierra Nevada and which variables better explained their occupancy. Both experimental design and data analysis, allowed him to implement new systems of quantitative analysis, creating an R package called DiversityOcupancy. At the same time, through collaborations he started his research in quantitative analysis in sport, which allowed him to create a basketball spatial model considering the pairwise comparison of teams offensive and defensive spatial configuration and performance.

Today, he is working at Catholic University of Chile in his second postdoctoral position. He is part of two projects which try to establish a model of maximization of conservation of species considering climate change while minimizing the land required to incorporate to the global network of protected area using network flow optimization and collaborating with mathematicians. Equally important, he has been teaching R courses for PhD students in the same University, looking forward to build up new modules for teaching R for researchers and develop an online course of R with the Postgraduate Department.

Derek is the co-founder of Ciencia Austral, an environmental consultancy based in Punta Arenas focused in scientific advisory and education. Here, he has worked in projects about beaver eradication, sustainable harvesting of guanacos, ecosystem services of dung beetles, and data science, learning not only R, but also Python and AMPL.